The Cedars at Dungeness
June 5-7 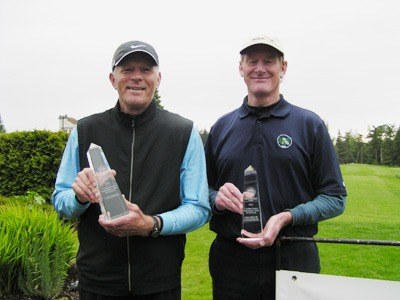 After losing to Rainier G&CC amateur Tom Brandes in 2011, Jeff Coston of Semiahmoo G&CC got back to his familiar winning ways with a convincing 5 stroke victory in the 2012 7 Cedars Senior Washington Open at the Cedars at Dungeness. Brandes claimed the low amateur crown for the third straight year with his fourteen under par 202. Coston entered the final round with a slim one stroke lead over professional Mark Garnder of The Creek at Qualchan, who had fired a tournament best round of 63 on the second day, but took charge of the tournament with five straight birdies on holes 3-7. His rounds of 65-66-66 enabled him to tie his own tournament record for 54 holes of 197 set in 2007. Coston has now won the overall title in all but one of his seven years since turning age 50.

Thanks go out to host PGA professionals Bill Shea and Jeff Lindsey and Garrett Smithson of the Cedars at Dungness and to the Seven Cedars Casino for their Title Sponsorship. 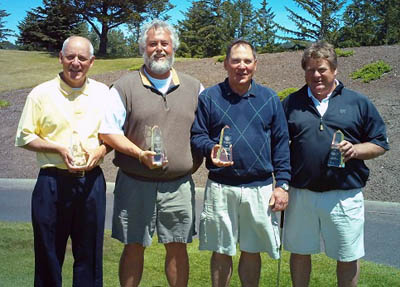